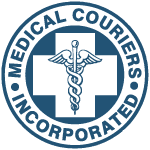 Request a Pick Up

“Don’t leave the hospital without having something done,” the doctor at UC Davis said. “You’re at 95% blocked, and the medication may not work.” Knowing that an ambulance would take 40 minutes to get to the hospital from my house, I realized I wouldn’t make the trip if something happened.

I was thinking about my family: what’s going to happen to my wife and kids (18 and 14) if anything happened to me? I hadn’t even told them I had gone to the hospital—I didn’t want them to worry.

It was going to take two weeks to assemble the right team to do the robotics procedure that would make two incisions to get my blood flow back to safe levels. So we decided to put in a stent in the meantime. It was 2015, and I had gone in for a regular check up because I thought I had heartburn. I never knew I would end up in the ER hooked up to all kinds of machines and fearing for my life.

I started working with Medical Couriers in 1996. There are always calls for stat pick ups that make me think of the time I was in the hospital with heart problems. The specimens we pick up everyday represent people just like me—people hoping to get better so they can go back to their families and continue to lead their lives.

We have learned to treat these specimens as if they were our own. Because if a blood draw or some other sample goes missing, sometimes you can’t take it again, especially with older people.

I’ve gone out of my way to do my job many times while working at MCI. Other drivers would call in sick and I would take their routes and work overtime. Sometimes specimens were missed by other people so I would go and pick them up. After many years of driving, I was promoted and given the task to figure out the routes for a new large contract. I’ve always loved working for Medical Couriers because it’s like working with family.

After my heart surgery, my family and I started talking about moving to Hawaii. We finally moved there in 2018. I don’t work with MCI anymore, but I am grateful for my time with the team. It makes me feel good to know that if me or my family gets a blood draw or a tissue sample, there are caring people working behind the scenes to get those small but important packages where they need to go so we can get back on the road to health. 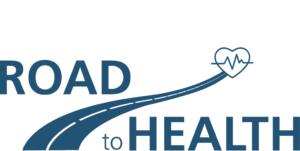 Road to Health is an interview series that captures the stories of real life MCI couriers navigating their own and family members’ struggles with health. We know how important our job is because we know what it’s like to be on the Road to Health.

News From The Road